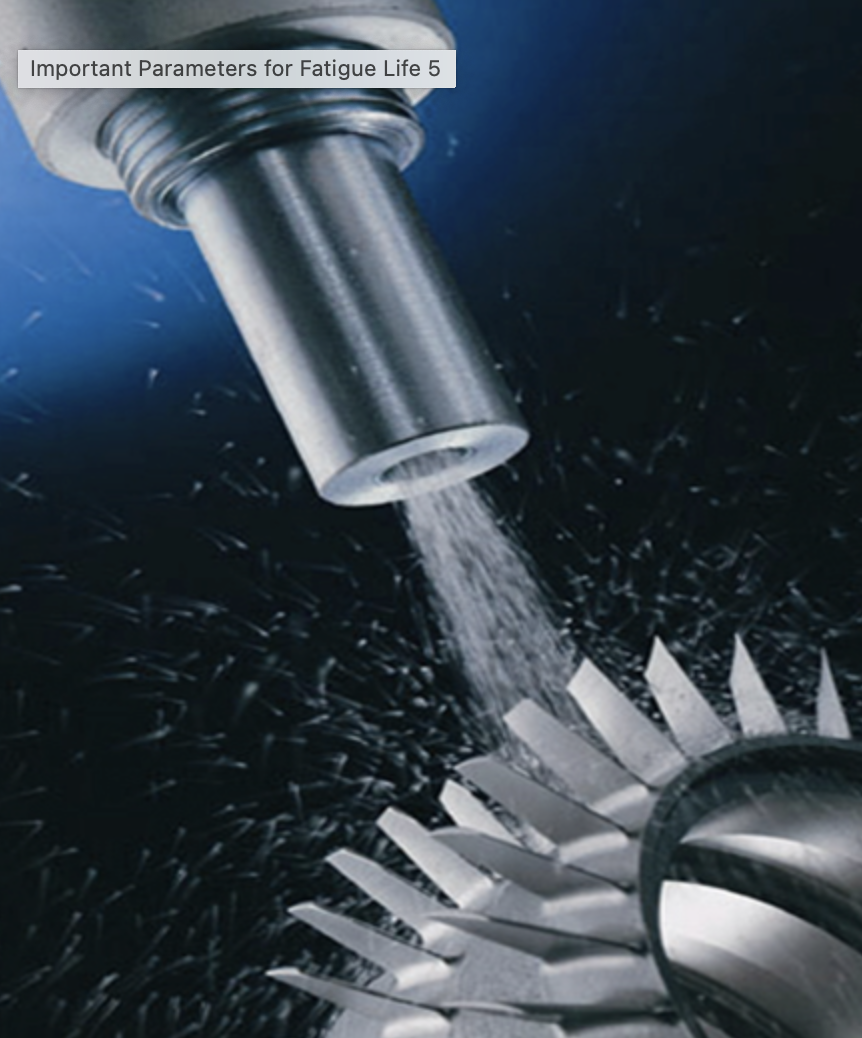 There are several parameters that substantially affect the fatigue life of metals. The design of the metal parts is an essential parameter that directly alters the fatigue strength. The design considerations on the engineering components must be adequately consulted before the use of the related parts. Most of the fatigue failures are sourced from the improper design of the metal bodies. During the design of the metal bodies, the shape of the component must be the first consideration for the designers. The importance of the component shape comes from the stress concentration phenomenon. As mentioned before, sharp edges on the metal bodies may act as stress concentrator points. Thus, crack initiation possibility on these sharp edges are higher than the blunt edges. In other words, sharp edges or corners may create a notch effect on the metal body, which is extremely undesirable for the fatigue life of the component. Furthermore, geometrical discontinuities on the body may act as stress concentrating points and ease the initiation of cracks. These discontinuities can be drilled holes or grooves or keyways. As the sharpness of the discontinuity increases, the stress concentration on these points also increases, and fatigue resistance of the material directly reduces. Hence, prevention of these faults during the design step of the engineering parts are strongly important for fatigue initiation. Sudden cross-sectional changes must be prevented, and sharp edges must be rounded to inhibit the stress concentration.

The design process of the products is maintained by taking into consideration the fatigue life of metal parts with respect to the projected service time of the same parts. Hence, some specific steps must be provided by the designers by considering all possibilities that may cause catastrophic disasters. Furthermore, three particular articles can be stated for ensuring the safety of the engineering parts. These articles can be listed as below;

The design of the produced parts for enhancing fatigue life also covers the surface properties. However, most of the fatigue failures are directly related to the surface of the metals. Hence, a detailed examination and understanding of the surface quality are necessary for improving the fatigue properties. As mentioned before, cracks mostly originate on the surface of the metals. The mechanism of the cracks initiation is caused by the local plastic deformations. These plastic deformations occur on the surface of the metal. The reason for the plastic deformations is usually the motion of the slip bands. Hence, an introductory statement can be made as the motion of the sleep bands create a notch effect on the metal surfaces. At that point, maybe the meaning of the notch effect must be elaborated. As a reason for the slip, slip bands create extrusion and intrusions by sliding on each other. These extrusion and intrusions are mostly in micro-sizes. Hence, neighboring zones of these slip bands or extrusion and intrusions act as stress concentrating points. In these stress concentrating points, crack origination occurs and progresses. The progression of the crack emerges at an angle of 45° because of the dominant shear stresses. At this point, an extremely important phenomenon can be said as the surface hardness. The hardness property is directly related to the strength of the metals. One of the essential features of the strength in materials can be mentioned as the resistance against plastic deformation. Hence, since the hard materials are also considered high-strength materials, it’s possible to observe a strong resistance against plastic deformation. The possible motion of the slip bands is relatively low for the hard material when compared with the soft materials. Therefore, one couldn’t observe any significant extrusion or intrusion in the hard surfaces. The absence of the extrusions and intrusions also represents the low crack initiation possibility since there is no stress concentrator on the surface of the metal. The below figure illustrates the surface extrusions and intrusions.

In brief, hard surfaces show remarkable fatigue resistance. Therefore, methods that increase surface hardness are used for enhancing the fatigue resistance of the metals.  One of the most common ways of increasing hardness is case hardening. The case hardening method relies on the diffusion of the desired substance into the target metal. Usually, carbon or nitrogen is used for the case hardening. The metal body is placed into carbon or nitrogen-rich environment. At elevated temperatures, the diffusion of the carbon and nitrogen through the metal body is ensured. A typical case depth of 1 mm is provided during the application. The carbon or nitrogen-rich outer case is extremely hard when compared with the inner core of the metal body. Moreover, during the carburizing and nitriding processes (case hardening), desired compressive stresses can be observed in the regions which are close to the surface. These compressive stresses under the surface are vital for the fatigue resistance of the metal since they contribute to the fatigue strength. Since the diffusion is a time-dependent process, the case depth of the hardened layer may vary with the duration of the process. Below SEM micrograph shows the case hardened layers for two different operation durations.

Environmental parameters must also be considered when the factors that affect fatigue is researched. Under corrosive environments, fatigue rates increase as a result of chemical attacks and cyclic loads. Such a combination of corrosive attacks and cyclic loads are called corrosive fatigue. For example, pitting corrosion on metal leads to the formation of small and deep holes. These holes or pits may act as stress concentrating points and accelerates the origination of cracks. Aside from corrosion, temperature change in the environment may alter the fatigue resistance. Under such conditions where excessive temperature changes occur, fatigue may be observed without any mechanical loads. The change of temperature creates thermal stress in the metal, and these stresses can cause fatigue in the metal. The amount of thermal stress can be determined by the below formulation;

Hence, the material selection must be adequately made by considering the thermal properties. Extreme temperature changes must be well calculated according to the service of the component.