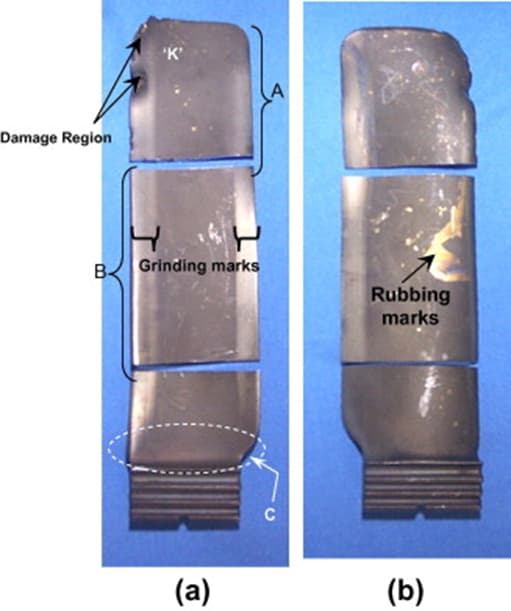 The failure of the materials is vital in the manners of both engineering and economy since the fractured part of a component may inhibit or prevent the working process. Hence, a detailed examination is usually done for the failured parts. A considerable fraction of the failures is sourced by the fatigue mechanisms. However, if the process is maintained under elevated temperatures, a new usual suspect emerges. This failure mechanism is called creep failure. A standard definition of creep can be made as the plastic deformation of materials under elevated temperatures and static loads.

Creep behavior is mostly essential for engineering applications that take place in high-temperature environments. Hence, the design of the metal parts must be done by considering the creep resistance. For example, turbine blades of jet engines usually suffer from creep as the inner atmosphere of the engine works at 800 to 1300°C. Furthermore, the centrifugal loads on the blades also contribute to the plastic flow of the material. Therefore, additional alloying elements are used to ensure an increment in the turbine blades’ creep resistance. Other high-temperature engineering applications can be exemplified as; nuclear reactors, boiler tubes, rocket engines, and steam turbines.

In the crystal structured materials (metals and ceramics), the critical creep temperature can be determined as the 0.4-0.5 of the melting temperature of related material. This critical temperature is crucial for the design considerations of the materials. When glasses and polymeric materials are taken into account, the glass transition temperature is decided as the critical point where large amounts of creep strain occur. However, some materials can suffer from creep even at room temperatures. These materials can be rubbery polymers or soft metals (e.g., lead). The critical temperatures for creep failures are vital for the selection of the proper materials during the design if the engineering components. To enhance the creep resistance of the materials, particular alloying elements are commonly used. At this point, nickel, chromium, and cobalt are widely used as the alloying elements to increase the engineering materials’ creep resistance. As stated before, jet engine turbine blades are produced via nickel superalloys (CMSX-4, CMSX-10, Inconel, etc.) and additional alloying elements (Rhenium, Ruthenium) that contribute to the creep resistance of the turbine blades. The plastic flow of the materials because of creep can vary for different temperatures and different tensile stresses. The change in the strain in accordance with varying temperatures can be seen in the below figure. When the model is examined, it’s evident that the plastic flow of the materials can occur at the stresses that are lower than the yield stress of the tested material. Likewise, fatigue failure the creep failure may start even at lower stresses than the yield stress. That’s why material design is extremely important for high-temperature applications. If the material selection is made by only considering the room temperatures or insignificant temperatures (temperatures that couldn’t contribute to the creep), catastrophes may emerge since the plastic flow’s initiation below the yield strength of the metal. The below figure represents the creep behavior of a 316L austenitic stainless steel, which is very commonly used for welding applications.

The mechanism of the creep failure is also crucial for enhancing the creep resistance of the metals. One must properly examine the fractured surface of the metal that is failed so far. Most of the examinations show, cracks occur on the grain boundaries of the failed metals. Hence, the fracture characteristics of the creep failures can be defined as intergranular for most cases. Moreover, the high-temperature environment where the metal part is operated may cause ductile type fracture. Hence, it’s clear that the creep failures are intergranular ductile fractures (for most failures). Since creep failure cracks are initiated on the grain boundaries of the relative metal, the absence of grain boundaries may become advantageous for high-temperature applications. Hence, the metal parts that are designed for high-temperature applications are produced by decreasing the number of grains. Most of the turbine blades are made by providing single-crystal structures where only one grain boundary presents. The below figure shows the intergranular fracture of a metal part that is suffered from creep.

The creep test of the metals is done to foresee the metal’s behavior under high-temperature conditions. The creep test is very similar to the tensile or compression tests; however, high-temperature conditions are maintained while doing the creep test. The creep test is made by using a tensile test specimen. The starting load is determined before the initiation of the test. Thus, constant stress is applied to the metal tensile model to simulate the creep conditions. The loads can be simple weights, or a tensile test machine can maintain tension on the specimen. In addition to that, a simple furnace is placed across the specimen to create the desired elevated temperatures. A thermocouple is placed into the test specimen to control the heat of the metal. When the desired temperature is achieved, tensile or compressive stresses are applied to the test specimen. At the end of the test, the strain rate of the specimen is plotted on a graph. The results of the strain rate according to the time elapsed, is named as creep curve where considerations are done by using it. The behavior of the specimen under elevated temperature can be seen in this creep curve—the below schematic shows a typical creep curve with three distinct regions.

The standards for creep tests are crucial to provide reliable test data. The various standards about creep testing can be seen in the below table.