Home What is Corrosion and The Relationship Between Interface?

What is Corrosion and The Relationship Between Interface? 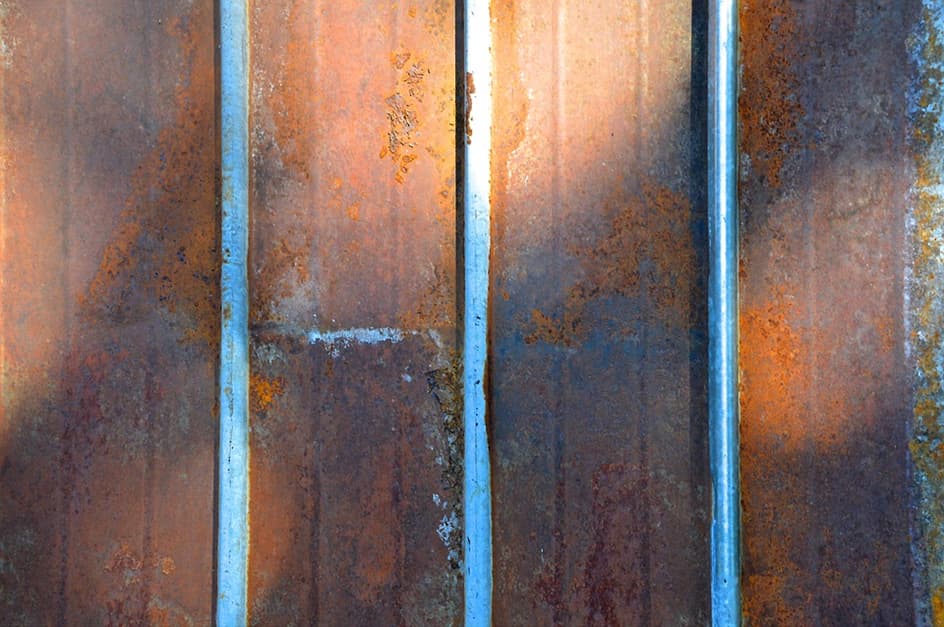 Metals and alloys are invented by mankind. Nature does not use these materials. Most metals (excluding the noble metals) are not present in the nature in metallic form. Metals are produced from their ores (oxides, sulphides, complex oxides) using extractive metallurgy principles by inputing extensive energy. Since metals are not thermodynamically stable, they want to revert to their stable forms (corrosion). If it is to be stated clearly; corrosion is a natural event that is caused spontaneously without the need of an additonal external energy. While the methods of protection from corrosion differ according to whether the developed design is preventive or corrective, at the same time; It also differs according to the relationship between metal-interface-environment.

Sandblasting, which constitutes an important place among these conservation methods, in its simplest terms, is made with special materials called sand but different from the known sand, which are specially manufactured for this purpose, called silica, basalt, grid and with different places of use. Silica sand, which has very fine varieties, is generally used when light sandblasting is performed. Basalt, which can be said to be less dusting, is generally used in closed environments where sand can be recycled. Grid is the sand type with the least dusting and the best blasting power. It is actually iron slag, not sand[2].

Sandblasting is the impact of the sand described above on metal surfaces with high pressure air, while the sand abrades the metal surface at the micron level during this impact, it also scrapes and cleans any unwanted material on the surface. Sandblasting process is generally divided into two. The first of these Automatic sandblasting and the ssecond one is a Manual (mobile) sandblasting.

Mobile sandblasting can be done anywhere with equipment such as a compressor producing high pressure air, sandblasting machine, hoses. It can be applied to all kinds of materials (and generally large materials). However, the disadvantage of this method is dust. In fact, it is possible to do dust-free sandblasting. Wet (wet) blasting is used to blast without dust.

The sandblasting process is graded according to the degree to which undesirable formations are cleaned on the surface of the steel and to what extent the surface is abraded. The Swedish standard “Swedish Standards For Ground Vibrations And Airblast” is given below based on SA 1, SA 2, SA 2.5 and SA 3 grades[4].

SA 2: It is classified as  “commercial” in the American SSCP measurement scale and “3st quality 80% whole surface” in the British BS 4232 measurement scale. It is a sandblasting grade where the steel is highly cleaned and the surface is highly roughened.

SA 2,5: It is the most preferred sandblasting grade in the market where the steel surface is roughened very well, almost all of the undesirable formations are cleaned and the specific gray color of the steel is easily seen. “Near White” in the American SSCP measurement scale; It is classified as “2nd quality 95% whole surface” in the British BS 4232 measurement scale.

SA 3: It is a sandblasting grade in which the steel surface is roughened very well, undesirable formations are completely cleaned, and the specific gray color of the steel is completely revealed, and it is a sandblasting grade that is not preferred in the market because; application time and cost is quite high. “White Metal” in American SSCP measurement scale; It is classified as “1st quality 100% whole surface” in British BS 4232 measurement scale.

Sandblasting should be done as soon as possible in dry weather and the painting process should be started, because; after the rust and unwanted formations on it are cleaned, the steel is even more vulnerable to rust. If the weather is damp, the sandblasted steel will immediately begin to darken and rust.

The most widely used method of protecting all metallic surfaces, especially iron-steel based metals, is protection with the help of paints and varnishes. A paint basically consists of three main components: binders, pigments, and solvents. Binder is the main component of paint. The properties of the paints directly depend on the binder in terms of adhesion, drying style, chemical and mechanical properties. Binders are organic based. The most widely used today are synthetic polymers. Pigments are organic and inorganic additives that provide corrosion resistance as well as color to the paint. Pigments can be divided into three subpart. These are inert, restraining, and cathodic protection. Solvents are organic substances used to dissolve the binder. As a result of drying, the paint film solidifies. The drying and hardening of the paint film mainly takes place physically (evaporation) and chemically (by reacting with the environment or other substances).

Multi-layer paint layers are used to protect against corrosion. Basically these layers are: primer, interlayer and the cover layer. Primer layer is the paint layer that makes the main protection. It must have good adhesion to metal, high internal strength in itself, resistance to corrosion and chemicals, good bonding with the intermediate layer and appropriate flexibility. Intermediate layer should constitute a significant part of the total coating thickness, have properties such as high chemical resistance, high resistance to water vapor transmission, high electrical resistance, strong internal strength and good adhesion to the primary cover layer. The coating system must have qualities such as protective, first obstacle to the environment, resistance to chemicals, water, atmosphere, abrasion resistance and good appearance.

After the steel is sandblasted, first the primer paint (antirust) should be applied, then the actual paint should be applied. The area where the steel is used is very important in this regard. For example, paint to be thrown into a ship and paint to be thrown into a container are different. The thickness of the paint to be applied should also be decided by considering the conditions the steel will be exposed to. This issue is so sensitive and important that factors such as, for example, in which seas a ship will sail more, (as salinity and temperature will change), at which speeds it will sail continuously (because the friction rate of sea water will change)[6].

In order for the powder paint to fully adhere to the surface of the material, the material must also be grounded very well, the excess paint and paint recovery system in the booth are collected and reused.

Paint recovery system is one of the biggest economic advantages of electrostatic powder coating technology, the material enters the baking oven after being coated with powder paint, and the oven temperature of 200  enables the powder paint to melt and adhere on the material. The result is a very durable, economical, environmentally friendly, wide color range and glossy surface coating.

Powder coating is an easy to use, operator friendly and environmentally friendly process, its application is simpler than conventional painting systems. It does not cause problems such as discharge, dripping and collapse.

The polymerization of the powder paint ensures that the paint adheres to the material during the firing process, the resulting coating shows excellent resistance to abrasion, corrosion, chemical effects and impacts. Electrostatically charged powder paint adheres to the material to be coated completely with its “static” effect, penetrates corners and gaps completely and does not leak. The excess paint is reused, it does not require pre-painting. It does not require using mixed air; All ambient air passes through the filter and is returned to the environment.

Cataphoresis is an immersion coating process that is fully automatic and relies on charging the part to a continuous negative electrical voltage and the bath to a positive electrical voltage, providing an outstanding result and corrosion protection by attracting paint particles and achieving a uniform paint film. The most common metals used are steel, zinc, brass, aluminum or other conductive materials.

After cleaning, the whole piece is immersed in the electrochemical cataphoresis paint tank. The dye bath contains 20% dye solids (partially remaining part) and 80% deionized water. Upon application of the electric potential (voltage), the dye solids are transported from the cataphoresis bath to the surface of one molecule at a time by electric current. When the outer surfaces of the part are coated, an electrical resistance is created, since electricity always follows the path of least resistance, electric current automatically flows into areas of previously uncoated parts. This process continues until all surfaces of the part are covered with coats of paint of the same thickness, when the whole part is covered with the correct film thickness, the electric flow slows down, when the electric current stops, every surface on the part is covered with an evenly solid coat of paint. After applying the paint solids electrically in the cataphoresis coating, all the sprays and drops that will form a rough film must be removed after rinsing, the ultrafilter, in which deionized water is separated from the paint solids, forms the basis of the post-rinsing system, the rinse water is continuously purified and reused. After the spray and drops are removed on the parts applied in the cataphoresis process, transfer to dehydration and furnaces, the dehydration furnace is used to remove all water from the paint film applied electricall, and than all the water is removed, the piece enters the oven. Paint film undergoes a molecular transformation in the curing oven. The electrically applied paint solids cross-link with each other and the acrylic modified epoxy layer is smoothed, even flattened. This epoxy film is extremely dense, thin, smooth and resistant to a wide range of chemical attack[9].

Other article that may interest: General Information About Steel Fabrication And Design