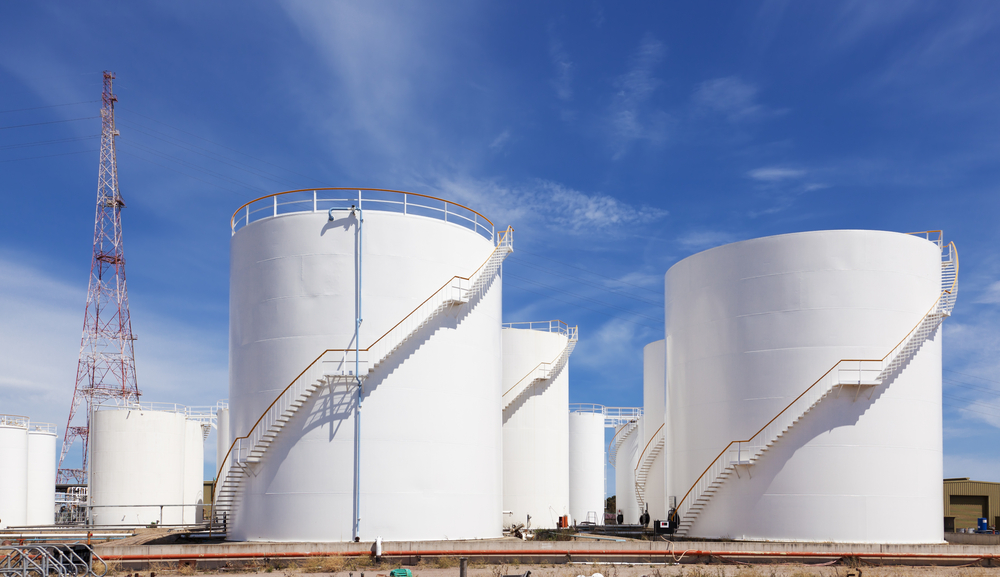 A storage tank is a tank designed for storing liquid substances. Although it is mainly used in the petroleum industry (petrol tanks) , it can also be used in other industries, for example, it is used in the food industry (oil storage tanks) and the fertilizer industry. A storage container is a container that holds liquids, compressed gases or liquids used for short or long term hot or cold storage. The design and construction of storage tanks are carried out according to international standards. Stored products usually consist of petroleum derivatives or chemicals used in the industry. The most preferred standards for storage tank fabricators are API 650 and API 620 standards published by the American Petroleum Institute.

In industry, storage tanks operate under little or no pressure, which distinguishes them from pressure vessels. Storage tanks are usually cylindrical in shape, with a flat bottom and fixed breakable or perpendicular to the floor with a floating roof. There are many environmental regulations for the design and operation of storage tanks, which are usually applied depending on the nature of the liquid contained in them. Aboveground storage tanks differ from underground tanks in the applicable regulatory types. Above ground storage tanks can be used to hold materials such as oil, waste, water, chemicals and other hazardous materials while meeting stringent industry standards and regulations. Particular care should be taken for its safety, since most liquids can spill out, evaporate or leak even through the smallest opening. This usually involves making an embankment or a set of enclosures around the tank so that any leaks can be safely contained. Some storage tanks require a fixed roof and a floating roof as an extra to the structure or instead. This floating roof rises and falls relative to the liquid level in the tank, reducing the vapor space above the liquid level. Floating roofs are considered a safety requirement and pollution prevention measure for many industries, including oil refining.

The tank of a particular liquid is selected according to the flash point of that substance. Usually, there are tanks with fixed ceilings and tanks with floating ceilings in refineries and especially for liquid fuels.

Floating roof tanks are used for gasoline with low flash point liquids such as ethanol. These tanks are nothing more than cone-roofed tanks with a floating roof that moves up and down with the level of liquid in them. This floating roof traps steam from low-flashpoint fuels. Floating roofs are supported by legs or cables on which they sit. One of the best types found in mining areas are open-roofed type tanks, usually for storing ore slurries. These are the simplest and shortest-lasting storage tanks to produce. As for fuels, because their flash points are very low, LPG, hydrogen, hexane, nitrogen, oxygen, etc. tanks for storage are usually spherical.

Steel and concrete remain one of the most popular options for tanks, while glass-reinforced plastic, thermoplastic and polyethylene tanks are growing in popularity. They offer lower construction costs and higher chemical resistance, especially for the storage of special chemicals. Several relevant standards give recommendations on wall thickness, quality control procedures, and tests for various controllers.

Given a large number of relevant criteria, it is necessary to have a serious experience in the selection of the optimal storage system. Planning and design of storage systems require the use of company-specific approaches. Our YENA Engineering specialists have a level of technical knowledge related to storage systems that provide solutions to both simple and complex needs. There are many systems made of steel in our product range. Take advantage of our experience and call us for our special solutions for you!