Home What is the Steel Girder?

What is the Steel Girder? 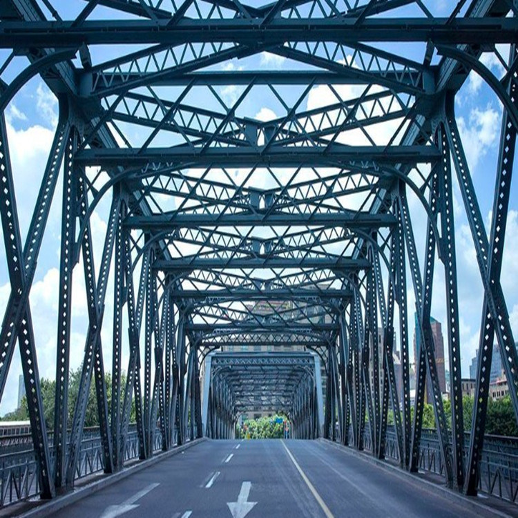 A structural girder is a construction support beam. It is a structure’s main horizontal support that supports smaller beams. Girders typically have an I-beam cross section, although they can also have a box, Z, or other shape. Bridge beams, channels, railings, beams, ladders, and angled components are all examples of steel beam applications. Steel is most typically utilized to construct a bridge’s bearing pile foundation..There are types of girders. A girt is a shear load resisting vertically aligned girder. Plate girders, welded or bolted together from different pieces of steel plate, are used for larger girders (1 m/3 feet deep or more). Steel girder construction is essential that can be found all over the world.

What are Steel Beams?

A steel beam is a type of structural steel designed to support heavy loads. Steel beams come in a variety of sizes and varieties, which explains why they are used in so many different structures and buildings. The geometry, size, and shape of beams are determined by the structure’s specifications. Straight or curved beams can be used.

There are several types of steel beams.

Steel beam types based on support

Beam types based on geometry

H beams are used for platforms and bridges. The main difference between H and I beams is that H beams have larger walls and flanges, making them more suitable for building platforms of various widths. The thicker flanges strengthen it and allow it to support more weight. H beams are typically utilized for platforms that must support greater loads. When it comes to roads like bridges over bodies of water or overpasses, it’s universally understood that the H beam is frequently chevaled. Because bridges demand a specific amount of strength and longevity, H beams outperform I beams. Because of how much more support bridges typically have on their own, the fact that H beams are heavier is also overlooked. H Beams are used for Ship and Dock building. To function as a logistics center, oceanside docks require a rather substantial foundation. For these structures, H beams constitute the ideal structural framework. Its greater load-bearing range makes it appropriate for these off-shore storage facilities.

I Beams are used for typical commercial buildings and lightweight applications. I beams are the best option for low-rise commercial buildings. Their confined strength can support a few floors while leaving plenty of area for additional construction. I beams are more suitable for these types of construction projects since they can have tapered or broad flanges. I beams are a lightweight load-bearing steel beam that is suited for a variety of applications. They’re frequently utilized to build frames for trolley tracks, elevators, trailers, and even truck beds.

How is a Girder Different From a Beam?

Steel girders and steel beams are confused by most people because they look similar. Girders are collector beams, which are the structure’s main horizontal supports and support the smaller beams. As a result, “all girders are beams, but not all beams are girders.” Steel girders and beams are distinct in a number of ways. Steel beams and steel girders are distinguished by their size. Large beams are usually referred to as girders. A steel girder is a large horizontal beam that supports a structure. Fabricators of structural steel produce many sorts of beams based on their length, width, and weight. In comparison to girders, beams are typically smaller. Girders can support a lot of weight. Steel is extremely durable, thus they can handle heavy loads. They are in charge of any structure’s support function. Girders support both dynamic and rolling stresses. Steel girders are known for this. Steel girders are widely used in the construction industry due to their excellent load bearing capacity. A beam and a girder both work the same way. They can withstand external forces because they are flexible.

Steel beams and steel girders have various fabrication processes. While fabricating both steel structures, structural steel fabricators must consider design parameters, welded connections, plate dimensions, and flange sizing. They also keep steel girder load requirements in mind. Both have different deck placement processes. A steel girder’s primary role is to transfer load to the columns on which it stands. The load is transferred to the steel girder through a steel beam. Another important distinction between a steel girder and a steel beam is this.

YENA Engineering can offer best quality and delivery in time according to your needs with over 15 years experience in steel industry.

Get A Quote Now!  to get rid of all the problems in supply chain.