Home I-Beam vs H-Beam: What İs the Difference?

I-Beam vs H-Beam: What İs the Difference? 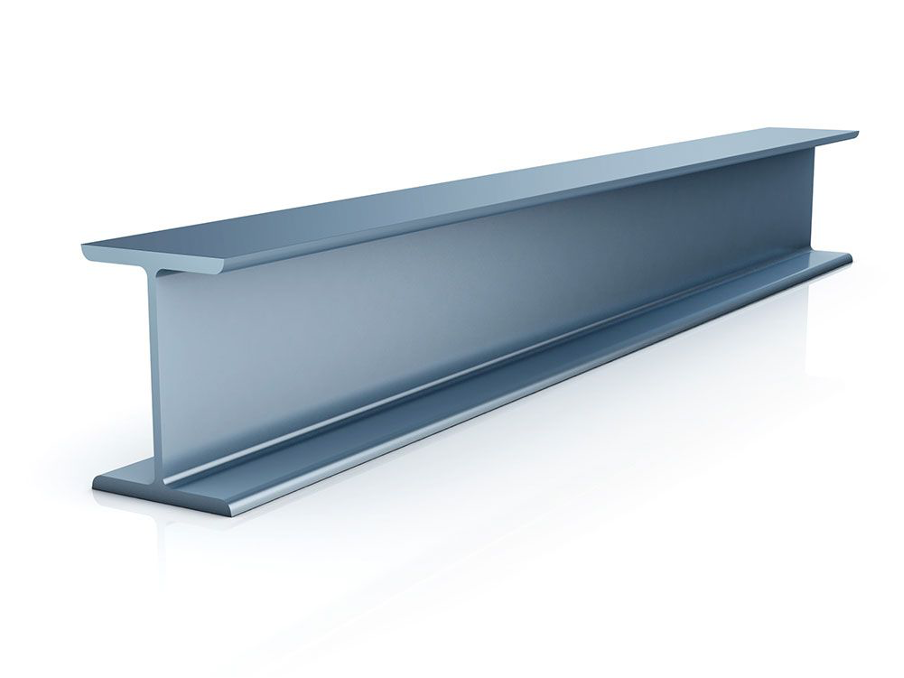 When it comes to building and construction, it is important to know the difference between H-Beam vs I-Beam. There are many factors to consider when it comes to structural beams, but the most important factor is whether or not the beam will be carrying a load. The I-Beam and H-Beam look very similar because they are often used in the same situations. However, there are differences between the two.

H-Beams Cost Less Than I-Beams For The Same Amount of Structural Support.

H beams and I beams are two different types of structural steel members that are commonly used in construction. The distinguishing feature between them is their shape. An H beam is shaped like the letter “H” with one vertical flange and two long-side flanges, whereas an I beam has a cross-section that resembles the letter “I” with a single vertical web or web thickest at mid-span, two webs, and no bottom flange.

These steel members have similar mechanical properties but differ in dimensional characteristics.

H-beams are more efficient than I-beams because they are better at carrying bending and shear loads. H-beams have a thicker, deeper web, which means that they can better support the weight of an object placed on top of them. This also helps balance out any cantilevered loads that might be placed on an H-beam in the future (such as additional floors or beams). In addition to having greater section modulus – which means that they are able to resist compression forces better than I-beams do – they also have greater tensile strength values, meaning that they’re less likely to bend under pressure from tension forces acting upon them.

To short, the main difference between an H-beam and an I-beam is that the web of an H-beam is much thicker than that of an I-beam. A thicker web means a stronger beam, which allows for more load-bearing capacity. This means that for the same amount of structural support, you can use fewer H beams than I beams.

Another difference between these two types of beams is that instead of being straight up and down like in the case with most other types of beams (such as T or L), H beams are curved outwards at both ends to create flanges and webs that run parallel to each other along their length. This structure makes them particularly suited for carrying bending loads—that means they’re great if you need one piece of wood or metal to bend slightly while staying stiff but flexible throughout its length—and also helps them carry shear loads more efficiently than any other type because they distribute stress evenly over their entire length rather than concentrating it at one end where it could snap off easily due to fatigue failure).

What is a Beam and What is Its Purpose?

A beam is a structural element that supports a building or structure. It can be either primary support or secondary support and is generally used to bear a load from some other member, such as a foundation or the outer walls.

Beams are classified by their shapes (I-beams, L-beams, box beams) and sizes (2×4, 2×6). They’re also classified by their material and how they’re attached to the structure of the building. Beams are generally made from wood, steel or concrete. In addition to these materials, some beams can be made with bamboo or balsa wood as well.

Beams are often used when constructing buildings because they allow for easy installation of wiring and piping without having to worry about overworking any one part of the building too much.

H-Beams and I-beams are very similar, but they have different applications. If you’re interested in using either of them for your next project, here’s what you need to know:

H-beam and I-beam are both prone to bending, buckling, and torsional deformation. H-Beam can be used in the construction of buildings due to its ability to resist tension forces in compression or shear through its sides. The property of being able to withstand both tension and compression makes it ideal for building designs that require support for vertical loads such as cables or girders.

I-beams are commonly used as structural components in large buildings due to their ability to resist lateral forces from wind or earthquakes without buckling under pressure from high winds or earthquakes.

I-Beams are More Suited to Carrying Heavier Loads Over a Beam Span or Length.

I-beams are designed to carry heavier loads over a beam span or length, so if you’re looking for a structural member that can handle large loads, I-beams could be the better choice.

I-beam is stronger in bending than H-beam because its flanges provide resistance against the load and support each other when the beam bends. The flanges of an H-beam don’t have this advantage, so they tend to buckle under high loads and fail more easily under bending stress.

Both The I-Beam and H-Beam are Very Versatile and Can Be Used For Various Applications.

Both the I-beam and H-beam are very versatile and can be used for various applications.

They are both structural steel beams that have been developed to provide support for buildings and other structures.

The main difference between these two types of beams is their shape. An “I” beam has a triangular cross-section, while an “H” beam has a rectangular one (hence the name).

Another difference between them is that an “H” beam is usually longer than an “I” beam of similar size and weight capacity. This means that an H-beam will take up more space when installed, but it also offers greater strength when carrying heavy loads over long spans or lengths; whereas an I-beam may be better suited to handling smaller loads over short span lengths due to its increased stiffness (less flexibility).

As a result, H beams are generally considered to be more durable than I beams due to their greater weight and stiffness. However, there are several variables that can influence a beam’s strength and performance, including its manufacturing process, composition, and design. Ultimately, it is up to individual engineers and designers to choose which type of beam is ideal for a particular purpose.

So, I-beam and H-beam are two types of structural steel beams. They have different shapes, but both are used in construction to hold up buildings and other structures. So, which one is better for your project? It depends on your specific needs and preferences. If you need a beam that is strong and rigid, then an H-beam may be the better choice. If you need a beam that is lighter and more flexible, then an I-beam may be the better choice. Ultimately, it is up to you to decide which type of beam is best for your project. The answer depends on a few factors. If you want to know more about this subject, you can contact us.